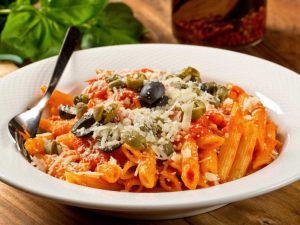 Top Italian chefs have made a mark in the world with their great prowess in the kitchen and their unique versions of traditional Italian recipes.

Their meals are highly coveted, and Italian restaurants are always on the lookout to hire them. Some of them have specialised in specific meals, for which they have even won awards.

The best of the best include:

The 57-year-old Massimo Bottura was born in Modena, Italy, where he perfected his skills, rising to become one of the best cooks in the world.

He is a chef patron at Osteria Francescana, which is a three-star restaurant. He is also the founder of a cultural foundation named ‘Food for Soul.’

Gennaro is a 71-year-old Italian chef famous for his culinary art.

A master of Italian cuisine, he has been involved in a number of television shows, including ‘The Way We Cooked,’ ‘Great Food Live,’ and ‘The Food Programme,’ to name only a few.

Cooking isn’t the only skill associated with this Italian-American, who is also a well-known writer and television personality.

At 49 years old, Giada has a number of books under her belt and hosts the popular ‘Giada at Home’ cooking show.

The late Italian chef Antonio Carluccio left a major mark in the world of cooking, having founded the famous Carluccio’s Ltd, an Italian restaurant in London.

He is famous both for his cookery and for the many books he has written. In 2017, Antonio passed on at the age of 80, leaving an unforgettable legacy.

Fabio was born in 1978 in Florence, Italy, where he became a professional chef. He bears both American and Italian citizenship.

You can frequently find him at well-known restaurants, such as Café Firenze, Siena Tavern, Chuck Lager, and Siena Tavern.